The first press conference to announce the event outline of the 26th edition of Tokyo International Film Festival (TIFF) was held today, on July 30 (Tuesday) at Roppongi Hills, Tokyo.


Notes and Quotes from the Press Conference

The press conference opened with a statement from Yasushi Shiina the new general director of the TIFF & TIFFCOM. This are his welcoming words:

“This year, we will be celebrating the 26th Film Festival. Our predecessors have achieved a lot, many of which we should inherit. To remember the spirit of those who started 1st TIFF, we made a slogan “A Films-First Festival”. We newly established an “Asian Future” section. In the past we had the Young Cinema Section, and that was revived this year. The direction that TIFF will be targeting, there are two aspects, first is that the overseas creators will assemble and come to Tokyo. Secondly to provide an opportunity for the Japanese film lovers to view the films that have not yet been released in Japan especially the outstanding ones, and also to see the brand new films that will be released towards end of the year. On the other hand, the Asian contents and the Japanese contents will be presented at TIFF, so we would like to create a platform for disseminating information to the world and Asia. Lastly, today Japanese animation is highly recognized and valued internationally and in the same way at the TIFF, the animation, off course that is the start from now, but should have more recognition and importance, significance.” Yasushi Shiina


Afterwards the organizers present the films that will open and close the festival this year.

The film will be released by Sony Pictures on November 29, 2013.

CLOSING FILM of the 26th TIFF – “The Kiyosu Conference”

“The Kiyosu Conference” is Director Mitani’s long awaited 6th feature film based on the novel of the same name penned by the director himself. In contrast to Mitani’s original modern day story lines, his latest undertaking is a historical epic.
Directed, Screenplay & Original Story by: Koki Mitani
Cast: Koji Yakusho, Yo Oizumi, Fumiyo Kohinata, Koichi Sato 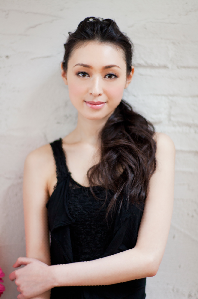 “I am very happy to serve as the “Festival Muse” for the 26th Tokyo International Film Festival. I love watching movies but also as an actress, I feel the joy of entertainment in film making through strong teamwork. So this is a great honor for me tobe a part of this wonderful festival that connects Japan and the world. I am looking forward to fulfilling my role with delight and commitment.” - Chiaki Kuriyama

Chiaki KURIYAMA is a Japanese actress and singer who is active in film, theater, and television. Born in 1984,she made her screen debut in the Japanese horror film, Shikokuin 1999 and received wide recognition in Japan. Following a featured role in the action film, Battle Royale (2000), Chiaki appeared in Quentin Tarantino's Kill Bill, Volume I (2003), which earned her international recognition. Other film appearances include major roles in Takashi Miike's Yōkai Daisensō (2005), Shion Sono's Exte (2008), and Mamoru Oshii’s Sky Crawlers (2008)and in most recent works, ATARU The First Love & The Last Kill(2013) and SPEC Close: Progress & Crisscross Version(2013).

Evolving from the Japanese Eyes section of previous years, Japanese Cinema Splash is a new section which features international promotion of Japanese independent films. The section will showcase exceptionally unique, creative and challenging films from the growing Japanese film industry, regardless of the stage of the directors' careers. The selected films will be actively promoted not only to the general public but also to international film festival programmers, press and film buyers from overseas. Moreover, the section will aim to show animation, as Japan’s uniquely strong visual content, as well as to re-introduce newly acclaimed titles from other festivals, in future.

Our articles are featured in: